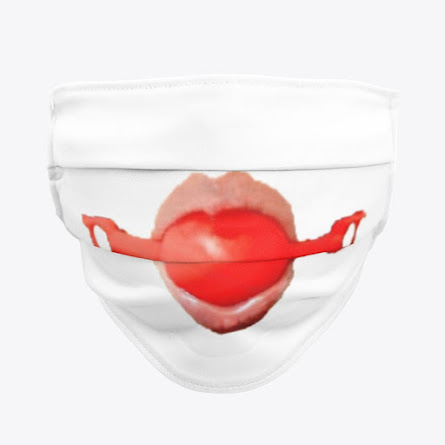 Once upon a time we saw ourselves as purely spiritual beings.

In The Modern Tower of Babel, we are now defined by the specific manner in which we manipulate our genitals for recreational purposes.

This literally denies children any social identity in the culture until their first wank - or more likely their first statutory rape at the hands of their teacher or Scout ’leader’.

At the centre of this cultural collapse into perversion being characterized as human evolution, are those who feel they can remove the physical traits associated with the identities they seek to adopt at whim and will on even a day to day basis, yet somehow retain this collection of stereotypical behaviours as a coherent concept, despite the foundations of this concept being wholly rejected.

Not only are they not ‘another gender’ (although I guess you are the age you feel?) the behavioural aesthetics used to define gender are the most absurd of stereotypes, that themselves are not actually properly representative of so called 'cis' identities.

My point is, they call 'cis' people oppressive, yet adopt the worst of stereotypes associated with 'cis genders’ as their own models of identity, merely removed from the restraints of associated physical characteristics.

In other words - no one imposes the alleged 'cis' male and female models of identity on the culture at large more than the ABCDEFGHIJKLMNOPQRSTUVWXYZ1234567890=-!@#$%^&*()_+ community.

Not even 'cis' males and females.

The people demanding we adopt these stereotypes while divesting them from their original foundations are 'LARF-ing', if you catch my drift...

If physical attributes have nothing to do with 'gender', then these behavioural identities don't even exist in the first place, but are autocratic associations with physical attributes now declared meaningless even while used as end posts on a philosophical field that was never truly conceived of, save in the minds of those whose social identities are predicated entirely on standing in opposition to its alleged confines.

This isn't about what determines a particular person's gender, this is about what defines the concept itself.

What is really going on here is an assault on our language. We use gender and concepts of male and female to define the two binary roles clearly played out in nature at all levels. To question this entirely arbitrary application of meaning is akin to pondering whether the number two is REALLY the number two - and then presenting this to the people around you as some kind of deep intellectual, psychological and philosophical (but never spiritual) observation.

Our very systems of thought, our applied conceptual framework to life, that is founded on observation, not judgement, is being vilified and attacked not for the purpose of changing society into anything but a pile of rubble.

The new system proposed, demands we freely choose between behavioural identities which are garishly dramatized for noticeability and effect, yet are entirely founded on the very delineations being rejected.

This forcing of the collective consciousness into a roomful of mirrors is too focused to be mere cultural confusion - this is clearly an agenda, seeded into the culture as an avenue for the worst of sociopathic tendencies to congregate under one umbrella, and pursue the open performance of any lewd behaviour they feel will garner them the attention they need from others.

Since there is no real belief or identity actually involved, this is pure narcissism, and can only spiral out of control into more chaos and emotional and psychological destruction, that will inevitably spill over into our material lives.

I was raised in the absence of God - not even as an atheist, simply in an environment where no one ever spoke of the idea except in mockery and dismissal. I did not crawl out of this nightmare far enough to even try to define what it was I supposedly didn’t believe in until my 30s.

This is not ‘happening’ to our cultures and societies. What is being done to humanity is a tragedy and a disaster of - dare I say it - Biblical proportions.

There is clearly no concept throughout human history to describe this ancient chaos that has transcended flesh and time to be with us to this day, than the Father of Lies described in the Bible.

Whether it is pure truth, or pure metaphor and parable, the power of those ideas remains unchanged.